Hello folks. You may have been aware that the German Heart Of Space was being moved…? Well it has arrived safely at its new home. Lovely to see and hear form them. Here is a little letter from our new Heart Of Space holder. Enjoy

“Dear friends… The Heart of Space is wide open in Germany. Contour delivered the Heart of Space to Wolf while I was still in Texas. They set it up on the furniture in my little ‘office’ in our home. Yesterday, Wolf and I aligned the elements of the Heart of Space using the instructions by aligning the Fractiliser with the North, the Traveling Bubbler to the West and the Saturn Bubbler to the East. Today we had our first visitors since my arrival three days ago. Andrea, pictured below, is from the north of Germany and lived in Australia for seven months within the Hermes community. Her friend Jannik, also pictured, drove with her the many kilometers to pick up the Saturn Bubbler spheres that were left in Wolf’s care by Contour, awaiting Andrea’s arrival.

To feel the energy of the Heart of Space upon my arrival was wonderful, but I can honestly say, that once the elements were aligned, a major energetic shift occurred in our home, so peaceful and so powerful, we’ve been totally at ease. I raise my glass and raise a cheer to Proper Alignment!

Please give our best wishes and our Love to ShowmMe and all the beautiful friends who live within the energetic embrace of the Heart of Space. Our deepest gratitude to all who contributed to our profound honor of caretaker-ship. Love.” – Barbara

Hello friends. This last couple of months has seen a lot of Heart of Space Movement around the world, particularly in Europe. Here is an update from our Heart of Space holder, Contour, who has recently been over there moving several Bubblers. (Remember, moving Bubblers is always a big Energy. Shifting these structures as well as find some of them which we’ve lost contact with and re-stimulating their holding – is a big Energy stirring in the world…).

“Hello Everybody. What a big time for me travelling to move these Bubblers…! But some wonderful things happened along the way… ?

On Monday the 4th of August the Saturn Bubbler in the Canary Islands was moved to the very centre of the island, opposite the Monumento Al Campesino between San Bartolome and Mozaga, just south of Tao. (This Saturn Bubbler has been in need of moving for some time now as the people holding it for the last couple of years had not done an honorable job of it…). I had booked into the Centro del Terapia Antroposofica to avoid the package holiday hotels, a german run peaceful place amongst all the english and irish tourist overwhelm.

Just before travelling to Lanzarote, I sent an email to the Centre asking to meet the manager in order to find someone who would hold the Saturn Bubbler. I received an email back from Fridolin, who was standing in for the reservations lady. He told me that he had forwarded the email to his wife, who would be very interested in holding the Bubbler. What an amazingly graceful movement to find a new Bubbler home.

I met Sabine, Fridolin’s wife, when I got to the Centre and we talked for a long while. She was really excited, brought me up to her house and showed me a space that had been empty since they moved into the house a good few years ago. In the corner a round table absolutely perfect for the Saturn Bubbler. Unfortunately when we finally got to pick up the Bubbler from its previous home, the Bubbler had been packed up what looked like for at least a few months and the base must have been outside in the rain. So sad to see this lack of respect for what the Alchymie is all about… ? We brought the Bubbler to Sabine’s house, cleaned it in the gorgeous sunshine and put all the spheres in place. It felt amazing that the Bubbler is finally available to more people and that it is able to remain on Lanzarote holding the space for this part of the World.

In the news there were a lot of reports about oil drilling just off the coast of Lanzarote and Fuerteventura. Showme gave for us to put the Fracking Angel on this Bubbler!

(Sabine must have been talking to her friend Pia in Wiesbaden while I was with her and suggested that Pia could hold the Zoroastrian Bubbler in Germany, which also needed to be moved. Pia and her husband Clemens were delighted to be given this possibility to hold an energy structure, even though they had never heard about any of it before.)

Sabine brought me across the road to the Centre and the monument that was created by Cesar Manrique for all the farmers of this amazingly black island. Above you can see the colour of the soil very well. The little walls are built to protect the vines from the permanent wind. It seems like each vineyard has different walls, some round, some square, some rectangular and they all create an amazing texture on the surface of the island…all in black soil and on the rising slopes of 300 volcano peaks. A stunning sight.

Getting back to Ireland Omni put me in contact with Ann Marie and her friend Lea (called Kitten), who was going to help me to put the HOS into a tiny little cottage in Dalkey, just south of Dublin, but still in county Dublin. The cottage is hidden away from the main street and used as a healing centre. We brought the base and the spheres inside, cleaned it all and set it up. What a churning, a totally new moment for Ireland, placed in a fairy garden sort of place blasting through the Irish psyche with Fey Elixir. The heavens opened and the rain came down in buckets while we were bringing the Travelling Bubbler and the Fractaliser into the house. What a purification!

Robyn is holding the Zoroastrian Bubbler in her massage room in her new home in Newtownmountkennedy, Co Wicklow, where she lives with her boyfriend Simon and his two children. It feels like an amazing gift for Robyn, Faith and Daniel. There is a lot of stress around the kids having to deal with a bi-polar mum and Robyn is doing a lot of the holding. Newtownmountkennedy is also very near the army exercise range in the Wicklow Mountains.

The Qualitative Evolution Bubbler is also with Robyn at the moment, but might be moved to Courtin’s. In Northern Ireland there is a Traveling Bubbler and a Fractaliser in the Tara Center in Omagh.

The Saturn Bubbler was with Maureen in Dromore, where I picked it up on the day after I got back from Lanzarote. I drove up to Omagh and only in the last couple of hours before I got there I had a response from one of the Cadies from the Center. They were happy to take the Bubbler, but when I got there and two of the ladies came out to the car to have a look, they refused. One of the heads of this reconciliation center’s simply refused, she even resorted to saying that this was it and this was the last word spoken…when I asked her would she know anyone who could hold the Bubbler. I tried to explain that the Bubbler needed to stay in Northern Ireland, but both ladies didn’t want to help.

So I had to bring the Bubbler back to Dublin and left it in Amenti’s. The Tara Center is happy to release the Traveling Bubbler and the Fractaliser when we find a new home for the HOS. I have emailed several places, but no response.

Back in Germany I made contact with Pia and Clemens, who were still on for holding the Zoroastrian Bubbler. In the meantime I had talked with with Barbara in Austin, who’s partner Wolfgang was going to open the door for me to put the German HOS in place, near Frankfurt.

I also made contact with Andrea and she was delighted to hear that she will hold a Saturn Bubbler, once we have organised a new base for the old spheres of the original German Bubbler. I booked a van for the Thursday and when I went to pick it up, the lady told me that she only has a larger version for the smaller price, of course. A gift… we needed the space. God Is Gracious. As I hadn’t found anyone to help me, I had to bring all the bits to the van myself and all fitted flat on the ground, including all my suitcases. The last trip to the van unfortunately ended in the Tao House sliding off and smashing into loads of pieces. I left a few minutes later and it felt like I wasn’t going back… This was at 20 minutes past ten at night. I got to near Frankfurt around 7 in the morning and at 8 I was with Wolfgang. Here, too, I had no help bringing the bits into the first floor… Wolfgang has a heart issue and looked very grey when I got there. We placed the HOS in a sort of sitting room which still holds the furniture of the landlady… by the time I left Wolfgang looked much more alive and happy…

And off to Wiesbaden… where Pia and Clemens were waiting for me. They were so happy, excited and relieved as they feel a lot of intrusions coming from all sorts of sources. We went for dinner and the two asked a lot of questions about the energies. They also sent me a lot of emails about all their interests… Mother Meera, Braco, chem-trails and other not so interesting bits. It feels amazing to have the ZB in the mid-west of this mad country, only half an hour from Frankfurt and an hour from Koeln Bonn. Pia and Clemens wined and dined me for two days and brought me to the airport in Frankfurt for my flight back to Australia.

What an amazing shift in these countries… way to go Northern Hemisphere!!! 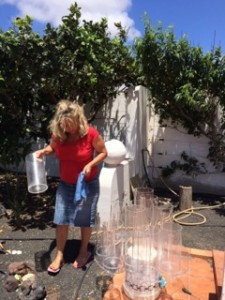 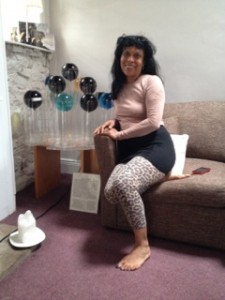 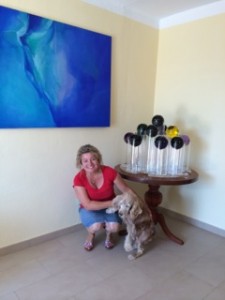 Hello all. Our friends in Austin Texas have recently moved the Qualitative Evolution from Colorado down to Austin to be accessed by a group of people planning to gather there on a weekly basis. They have also recently acquired a Travelling Bubbler and Fractaliser and today brought all of these Energies together in the one place to form a new Heart of Space. They are all extremely excited and can’t wait to spend more time with the Energies. And we are all just as excited for them. Congratulations Austin! We can’t wait to see some photos…

If you have a moment and are aware of the Energies of the Heart of Space, please take time now to feel into this new current grounding and pulsing out across the land there in the USA.

A reminder that if you need to learn more about the Heart of Space, all of the information is on the pages right here on this site. Alternatively, you can pop over to the main Hermes Far Eastern Shining site to read more about the company.