Hello friends. It’s been a big year for the Heart of Space movement, but nowhere has the response been more significant than in Hong Kong. After many years of presenting the Hermetic work by our Hermes Far Eastern Shining representative Sunami Designer in Asia, there has been more Heart of Space product placed there this year than anywhere else in the world. Our new friends there have been great in supporting this emergence and it is wonderful to be meeting many of you coming to experience these wonderful Energies.

In this whirlwind year of 2012, Hong Kong has received five Travelling Bubblers, four Fractalisers and two Saturn Bubblers (completing Hong Kong’s first two Heart of Space). In a year that has seen the emergence of the new Tao Energy House, we can feel the significance of these past months of accelerated response and we thank and send our blessing to all who have supported this movement.

Here are some words from Sunami Designer, after the first Heart of Space was installed in October…

“The first Heart of Space in Hong Kong was installed on the 8th October. On the day of the setup, the apartment was packed with people.  They were all standing and sitting wherever they could find a spot. As the energies were installed, the space felt more and more expanded – it became clearer and clearer. The intense head pressure we feel in the city was released, especially after the Fractalizer went in. There was stillness in the air.  People became more relax and opened.

For the first few days after the HOS went in, there was big energetic purification, and the weather was wild and unusual for that time of the year.  It was rainy and windy, and for days there was no sunlight and Hong Kong was in a fog. Despite the wild and unusual weather, staying in the Heart of Space felt like a port in a storm. Having spent a lot of time in Hong Kong before, I could really feel the difference with the Heart of Space there.  It is tangibly lighter. People say they now feel calmer, and not so heightened and stressed.

What a blessing to have the Heart of Space in Hong Kong! The response this year has been really inspiring. There is a real heart feeling between everybody and a recognition that there is something very powerful going on.” – Sunami Designer

As we turn and face predicted Mayan 2012 end time dates at the end of this year, it is evident that there is a response to the Heart in this world. The Heart of Space is granting the sanctuaries for us to gather, rest, remember and be held as we pass through this tightest time in human history. May we see the flourishing of the Heart of Space movement now more than ever.

“It is a delight and really nourishing in the heart to witness all these Heart of Space energies entering Asia in the last year, particularly in Hong Kong.  Hong Kong is no longer the same as I first entered 2 years ago. There is certainly a stark difference energetically. I feel the country so much lighter and much easier to move around.  It was also a wonder to witness a new Travelling Bubbler entering Singapore. It was as if the country was awoken.

As the space become clearer and lighter, I also feel it creates space for people to come to feeling.  For me it is an honour and humbling to be a part of these sacred moments and witnessing light enters this part of the world.” – Sunami Designer

16th June, 2012 – 2 Travelling Bubblers, 1 Fractalizer to Hong Kong. All went to Kawloon side of Hong Kong. 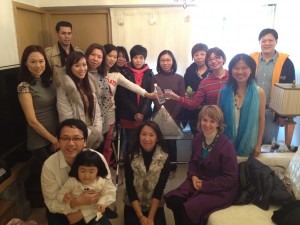 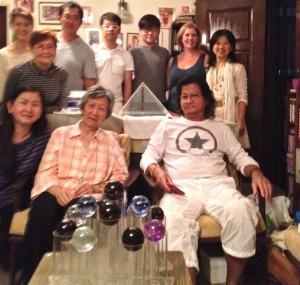